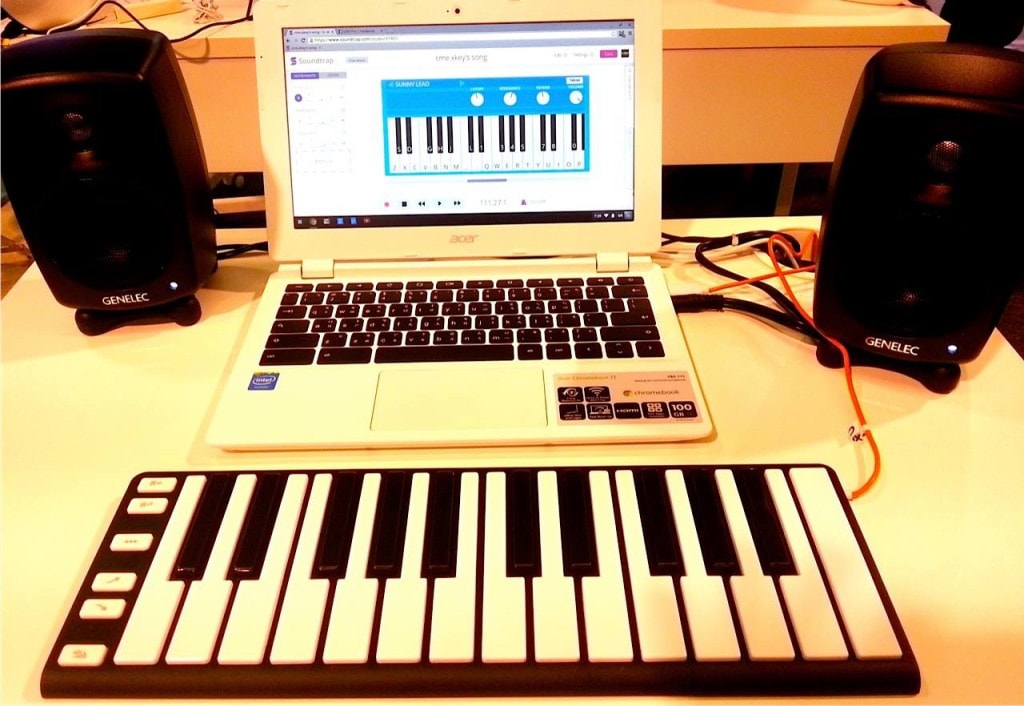 A very common question is about using the Chromebook to record audio in Home Studio. Is it really possible to produce music using only the Google notebook? Let's try to figure it out on this post...

The Chromebook is basically a notebook that uses an operating system called Chrome OS, which is nothing more than a bit more elaborate version of Linux. I quite like this "unix-like" operating systems because of its stability and safety.

It was truly a great contribution to the world the invention of Unix and I believe that Google hit the bullseye when they choose Linux as a base for Chrome OS, since Linux is considered almost a Unix system. For commercial and legal reasons the relationship with Unix is veiled, but the conceptual basis of both systems is very similar and this is reflected in the system operation.

There are many controversies about the origins of the Linux kernel and its differences compared to Unix. After all this investment by the Chrome project we have a brand new operating system that retains the best of its origins. Maybe we can consider Chrome OS, an Android system cousin who is only based on the Linux kernel and is not even considered a unix-like system.

The important thing is that Chrome OS has everything you need to make recordings in your Home Studio.

It is now longer possible make audio recordings with Chromebook and certainly this will evolve, and soon we will have software capable of recording multi-channel and even manipulate Midi files to produce musical arrangements.

Different from other operating systems the only way to install software in Chromebook is through Chrome Store. Visiting that store you can search for audio programs.

We made a quick search for Chrome Store and found a small application called Audio Recorder, however it is a fairly simple application.

We also found a Media Player application, able to run Mid files. Also the KDB to MIDI Piano, which is quite interesting, which allows to record mid files via keyboard or mouse.

The best current applications to those who want to produce music using a Chromebook is called Soundtrap. With multitrack recording capabilities, Midi editing is one of the most powerful online tools to produce music in the environment of clouds and even enables collaborative production where many people can participate in the music production process.

Remember that all of these applications are compatible with the Chrome Browser and that these technologies are still in early stages of development. Imagine into the future, with the encouragement and popularization of this kind of platform in the clouds, you can find applications that produce audio professionally and can effectively build your home studio based only on Chromebook or any other platform via Web Browser.

For now it is possible to have a totally based recording platform in a browser independent of the operating system you are using, almost free.

Learn more about the Soundtrap watching this video: