Why Does the Voice of People Sound Deeper in the Morning? 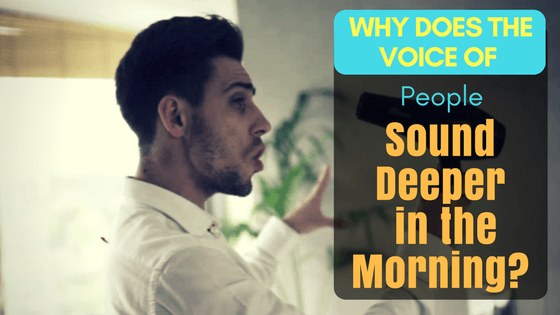 Today I want to share with you, some secrets about our vocal cords, and how it can be possible to preserve and make the most of your voice.

The voice is an instrument of extreme beauty that enchants and complements harmony of a band. Often we have a natural talent for understanding and mastering the voice, we do things without at least having any theory about the real motives behind what we are doing.

Whether you are in a Home Studio or even, you are preparing for a live performance, knowing the voice and how it works, can drastically increase your ability to sing for longer, more in tune with the most enjoyable timbre.

One of these curiosities that occur with the voice, which for many may be confused with an advantage, is the low tone that the voice presents early in the morning. Many laypeople value their morning voices, for sounding a bit more full-bodied and, wrongly, of better quality.

In fact, this full-bodied voice is caused by a temporary loss of efficiency in the vocal cords. Yes, the vocal cords tend to sound in a lower tone when they lose some of their elasticity. This means that the vocal cords are dawning with some problem, and therefore, tend to operate at a lower frequency.

Now let's check, what are the main reasons that make your voice so deep in the morning.

The Mucus On The Vocal Cords 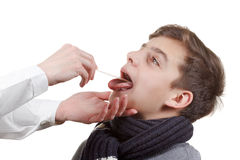 We are living musical instruments, and what keeps everything lubricated and protected is a large amount of mucus that is produced in the walls of the pharynx. Under certain conditions, this mucus production can reach up to 1½ liters a day, which is a lot of mucus circulating on your vocal cords.

When we say "cords" it gives us the impression that this organ is composed of small strings that vibrate with air. In reality, it is more like a membrane, with rigid edges and an extremely elaborate design, capable of producing a wide range of sounds simultaneously.

All this mucus that circulates through the pharynx is constantly drained, always seeking to maintain an optimal level of lubrication. On the other hand, at night things get a little harder to drain, and this causes some disruption in mucus flow and deposition of mucus on the organ of the voice.

After a few hours, with all that mucosal deficiency, the vocal cords tend to swell, thereby losing the ability to vibrate at higher frequencies. This causes the characteristic lower-pitch sound of the morning voice.

Depending on the ambient temperature, in addition to the humidity of the air and other physiological factors, dawn with the thick voice, can be something almost inevitable. 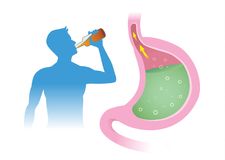 The lack of mucus can ruin your voice, but the main villain, causing damage to the vocal cords, is heartburn. When we drink a lot of alcoholic beverages or even eat acidic food a few hours before bedtime, stomach gastric juice tends to attack the vocal cords at dawn. All this acid can burn and irritate the vocal cords, leaving them swollen, causing that characteristic vocal tone in the morning.

Although it is practically imperceptible for most people, most vocal problems can be caused by acid reflux. Note that it is very easy, even when awake, that the stomach acid enters through your larynx, injuring your vocal cords.

For this reason, many vocalists may suffer permanent damage to their voices, especially if they are in the habit of excessive alcohol consumption. What is not very unusual in the artistic medium, even by the nocturnal environment favor the consumption of alcoholic beverages and food with acid digestion. 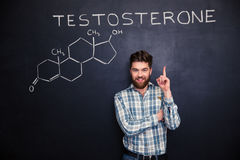 Yes, it sounds strange, but there are studies linking the morning voice to the increase in testosterone in men. When we get a good night's sleep and wake up well rested, testosterone levels tend to be higher than ever. Which directly influences your vocal texture, leaving it with this low tone.

This explains a phenomenon called morning wood, but this is a theme for another day.

Bodybuilders feel a lot of these hormonal variations and can further validate this premise of hormones influencing the voice. Specifically testosterone. Researchers say that deep relaxation, meditation and rest increase testosterone levels. On the other hand, the physical exercises are able to extravasate all this excess of hormones, consequently, to reduce their effects in the physiology of the vocal cords.

It may be a good idea to play some sport in order to reach higher tones in your voice. 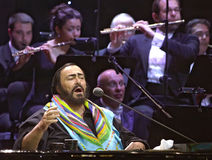 We can remember those people who have a genetics favorable to certain vocal characteristics, these, however much they may be affected by external factors, do not compare to the most common vocal tones.

It is a fact that although many people wake up in the lowest voice or the lowest pitch, the pitch of the vocal cords varies throughout the day, reaching optimum points after a few hours of use.

There are vocal warm-up exercises that can be practiced in order to value certain vocal aspects, both to increase the ability to reproduce low tones and to achieve extremely high notes.

It's Bad to Sing in the Morning

Many voice professionals have a schedule with times that are a little off the charts compared to other people. It is common to find vocalists waking up at noon, this does not free them from suffering all these symptoms listed above.

Singing in the morning with the affected voice, whether by mucus, acid, or even male hormones, may not be a good idea. Once your vocal cords are swollen, it can be quite dangerous to try to get them to very loud tones. A vocal stress in the morning, for whatever reason, never seems like a good idea. 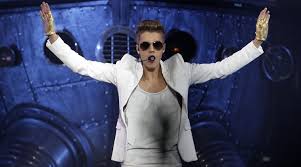 Many artists, in the eagerness to maintain and to take advantage of their peaks of success, undergo to the true vocal marathons, making shows live, every day, often exposing itself to the most diverse climatic conditions. Adding to the complete neglect of food and drinking, we have the perfect formula for poor quality vocal performance.

In the long run, it is possible that true "vocal calluses" may arise, which may limit or prevent the vocalist from producing very high notes. Vocal stress is a very common phenomenon in pop stars and national singers, and this can mean a drop in vocal quality or even the end of a successful artistic career.

What To Do To Keep Your Voice Healthy 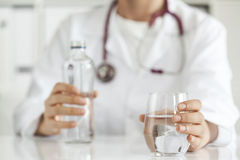 After all we've seen here, we can imagine some ways of taking better care of our vocal cords.

The issue of mucus goes by sleeping in an environment with controlled humidity. On drier days, I like to use an air humidifier, this helps keep the throat a little more oiled during the early morning hours.

As for the problem of acid reflux, it is possible to avoid alcoholic beverages and to eat meat. This helps reduce the acidity of your digestion, and may even increase your concentration a bit.

Testosterone can be controlled with regular exercise, and it may also be a good idea to block adult sites in your browser.

Vocal fatigue may be a bit more difficult to control, but if you have a budget, you can seek the advice of a professional to help you get your vocal cords to the limit, without undermining the future of your voice.

An extra tip from Rodrigo: If you want to know How To Get Rid Of Your Vocal 'Break' And Reach  For Higher Notes With Effortless Strength, I recommend you watch this video right now.

I WANT TO WATCH NOW