Did You Ever Record A Song In Your Own Voice? 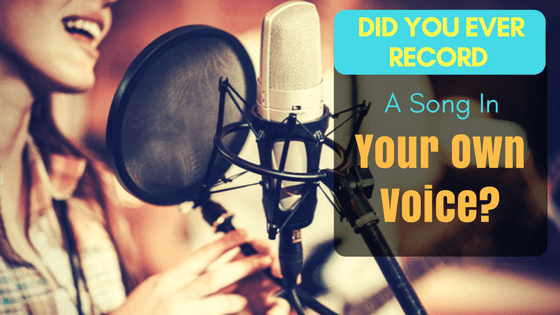 Whether you are an artist, a musician, or not at some point in your life, you probably wanted to record some music with your own voice. Karaoke is one of the closest possibilities for anyone who wants to record a song in their own voice.

Let's use this analogy, record your own voice, so we can understand some of the difficulties we encounter when we want to record our voice in a musical arrangement.

In the end, you'll realize that recording vocal is not simply mixing vocals and instruments on separate channels, as well as having the opportunity to know a bit about the mentality of an audio engineer when performing a mix in the recording studio.

My first audio recording, as I recall, was made in 1987 on a cassette tape. We put a K7 tape on the deck and there I started to invent a lot of things to record: and that includes some songs that I don't remember anymore, some melodies that I invented at the time, some jokes; the fact is that I really enjoyed listening to my voice after it was recorded.

Time is passing by and it seems that every event in our lives becomes meaningful a few years later, and one of those events is where I have been recording audio over and over again while I was a child.

In 1992, I learned that I could use a technique called Overdubbing that consists of recording a new vocal over the original vocal. All I had to do was record my voice naturally while the music was played, leaving my vocal with a slightly higher volume in order to overlap the original vocals.

Believe me, at that time I didn't have access to Intel 486 computers, which I only heard speak from the mouths of the rich.

Returning to my Chinese tape recorder with Chinese tape ... The result was very interesting: I could make my voice perfectly overlap the voice of the original singer, and this was the closest I got to have a song recorded in my own voice.

In 1996, I discovered that I could use the VHS camcorder camera, that kind of dinosaur head, with its powerful condenser microphone, built-in audio compressor, and everything. It was a big breakthrough because I was just starting to learn to play the guitar and I could already sing and play while I recorded everything through the microphone of the camcorder.

The result, in turn, was very interesting, and the sound was quite clear and pleasant to hear, but it was still far from the quality of a commercial studio.

When my first computer arrived in 1997, I had the opportunity to record my first CD. I simply recorded everything live from the camcorder, plugged the camcorder into the line-in jack of the computer sound card, turned it into a Wave audio file, upgraded the audio with one of the first versions of Sound Forge, so there was something to burn to a CD-R.

This process earned me the first CD, but I wanted something better because once you start recording, you realize the number of problems that arise that can only be corrected by a good production process.

What You Heard Not Always Is What You Can Record 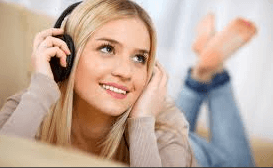 When you are singing in an environment with a favorable acoustics, that is; a small amount of reverberation returning through some wall; or some object inside the room, the sound seems to be something magical, even comparable to an international recording studio production. However, when you plug in any audio equipment and try to capture this whole spell, problems begin to appear and you realize that your equipment can not even capture 30% of what you can hear.

At first, I began to imagine that I would need a lot of expensive equipment to record, and that discouraged me a lot because expensive equipment could prevent me from fulfilling my dream of producing a quality CD. At the time, we were talking about recording a CD, today, after Spotify, the whole revolution of digital music, we can call this "album", which is the correct term.

Thankfully I was wrong to think that way and realized that it would be possible to find a way to record quality audio, even with limited equipment and little knowledge. Incidentally, if you have limited equipment, you can compensate this with knowledge, and get satisfactory results in your audio productions.

The brain, or whatever it is that makes this processing, is able to create a mix in real time, live, instruments and voice and pay attention to the ideal timbre, and cancel any excessive reverberation, finally, the mind is able to deliver a better perception of a live audition than any recording equipment.

You listen better than any recording equipment, from the most popular to the most advanced equipment that you can access these days. Perhaps, in the future, it is possible to find software that can generate real-time mixing and delivering an audio almost ready to be distributed to their fans. But while that does not happen, you will have to keep making that correction of perception, between the ideal and the real.

Once the equipment does not think, then it will record the actual sound with an absurd data loss. Little is said about data loss in audio capture processes. What we can do to solve this is nothing more than to take advantage of some shortcomings of human perception, creating an illusion of quality audio. But this is a subject I'll leave for another day.

Why Home Recordings Are Not So Good 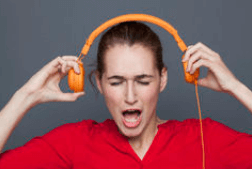 I often say that making quality audio is basically deciphering the code, the sequence that makes an ordinary recording become a commercial standard. You, who will be a student of our Home Studio Course, are receiving this sequence in this training to enable you to understand in any system what is the best procedure for achieving high audio quality, even with standard equipment.

It is not possible to teach all this in just one post, so we will launch a course showing these ideas and how to apply them in practice.

What You Can Do To Have Better Recordings 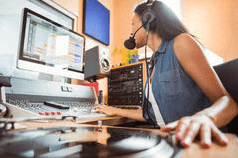 If you want to increase your recording quality, I recommend that you start by standardizing your production process. Start by writing down all your procedures, try a dozen of them, and choose the best sequence, that is; the one that produced the best results for your sound.

I also recommend that you listen to a series of productions from various producers in different musical styles in order to get accustomed to the way that sound behaves in your equipment, and thus seek to imitate contemporary sound and mixing style .

Many producers will say that each studio has its sound and that there is no standardized way to produce audio. I can tell you that we have the mix and the mastering set to solve this problem. And this is what we have taught our students since 2009.

Anyway, you basically need to copy the hits of the other producers and apply this, following a logic, that we call here Formula HSF. It is possible to learn from trial and error, but this can consume a tremendous amount of your time and energy, two valuable assets you could be applying in your music career, trying to find ways to better serve your audience and make your musical business to happen.

There are many other ways to improve the quality of your audio, they are all based on techniques that you can learn easily and that can produce a lot of clarity in the way you work.

I wish you good recordings!

An extra tip from Rodrigo: If you want to know How To Get Rid Of Your Vocal 'Break' And Reach  For Higher Notes With Effortless Strength, I recommend you watch this video right now.

I WANT TO WATCH NOW