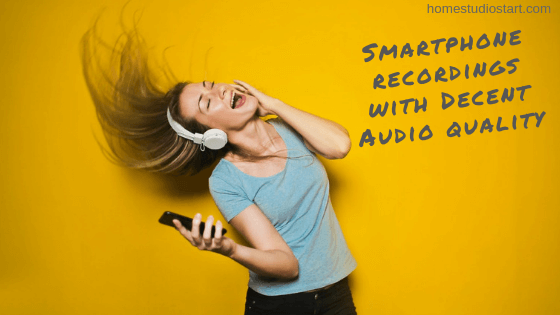 Are you planning to record quality audio through your smartphone, or have you recorded something and just want to improve that sound? Great! Because now, we are going to know some approaches capable of improving the audio quality of a video recorded with a smartphone, so the sound of your videos will be much more pleasant to hear. Right? Come on…

# 01 - You Need to Prepare the Environment First 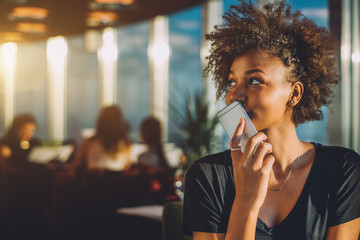 The first step to improving smartphone audio is basically to create a sequence of steps that will help you organize your recording. This involves preparing the recording environment to avoid common audio problems such as unwanted reverberations, external noise that may be coming from a renovation in the neighboring building, or even some cars passing by on the street.

Background sounds can create distractions for anyone listening to the audio. Even because you just need a noisy motorcycle to destroy your reasoning or the mood of your recorded audio product.

If you can prepare the recording environment well in advance, for example, for an interview of some famous personality to your YouTube channel, the best thing to do is to carefully choose the acoustic characteristics of this location.

I don't recommend a dry sound for interviews, on the other hand, a sound with many reverberations can compromise the quality of your audio (which is bad for dialogue recording), so your interviewee may even seem unintelligible, especially if the timbre of his voice tends to mingle with those echoes coming from the walls.

I see many interviewers using restaurant environments for their interviews, in which case most of these interviewers use those more expensive restaurants (where the noise level is naturally lower), or even in reserved rooms (the famous VIP lounges) that can be used for the most part, without many problems.

I also like the Home Theater rooms because they are built with large wall absorbers, which helps a lot in reducing the reverberations that bothers you during audio recordings.

So if you are in a room with few or no furniture, walls too close together, or even with people chatting nearby; be suspicious and look for another environment to record with your smartphone.

I could continue to point out more details about this acoustic aspect for a few more hours but I'd rather move on to the next tip on how to improve audio from a video that was recorded with a smartphone.

# 02 - Your Audio May Be Contaminated 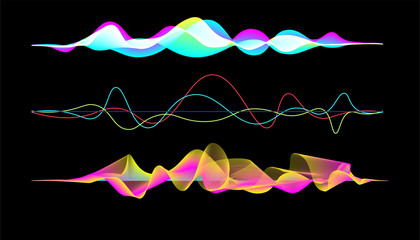 Audio is just like any other product, as it may be pure or may be completely contaminated.

In the audio an interesting phenomenon happens: there is an auditory band and this band has a limit of possible frequencies, which means that if some other sound wave interferes with the subject of your recording, it will occupy a space in this band and even if you to eliminate these frequencies, there will be a large harmonic gap that will detract from the way you listen and perceive the quality of that audio.

This hollow sound effect is terrible and this is basically what happens when you record audio with a smartphone without taking the necessary care, care that I described in the first tip of this post. So if you have already recorded the audio, it may be that it is contaminated with some other sound. That way, you only have to pass a good noise reduction plugin, like Noise Reduction 2.0, which is what I use here in my Home Studio every time I need to remove noise during a recording.

The Home Studio Start channel on YouTube has a sound with a very good feature to narrate the content, even because I use a lapel microphone, very close to the mouth, which helps reduce all those problems I quoted in the previous tip.

Once, I did a video talking about how to restore saturated audio and most people left frustrated with what I said, even because the news is not good when you have your audio clipping above the market standard levels, which in digital is 0 dBs.

We are waiting for the artificial intelligence to reach a point where it can guess what was in the place where those artifacts of saturation arose throughout the recording. The iZotope RX 7 plugin promises to solve most of these saturation issues in audio.

Do not worry, because in the next five years this miraculous technology can evolve. So I can make another video giving a little better news for those who have saturated audio at home.

# 03 - The Bigger the Microphone the Better 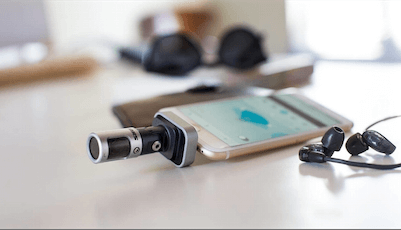 Yes, microphones are like cameras that see sounds, and just as a camera that uses larger lenses allows more light to be captured, at a higher speed, microphones with a larger diaphragm have better stability when capturing the infinite harmonics produced by sounds. Even if you are not able to hear all of these sounds, they make a profound subconscious difference and probably have the power to change the way you perceive the audio quality of a recording.

This means that smartphone microphones are not the best thing in the world when it comes to recording audio.

But incredible as it may seem, if your intention is to record dialogues, you can achieve between 80 - 90% of the quality you need, just by using the small microphone of your Smartphone. For some more specific timbres, you could think of specialized microphones, so your remaining 20% would be virtually guaranteed.

Remember that there is no microphone in the world that is perfect, only people who don't care about small saturation artifacts on some frequencies. Some sounds saturate more than others, others almost do not distort their harmonics. In the end, you'll be able to enjoy your audio, realizing that “perfection” (as the very meaning of that word means "done to the end") is not yet available to us. That's why we still have a lot of work for engineers who develop studio equipment until they can further refine this audio capture and playback process.

The key to improving the audio of a video recorded with a smartphone or any other device is to increase your awareness of the art of acoustic modeling, production processes and audio mastering.

I hope these tips can help you capture much more audio quality using only your smartphone and your creativity.